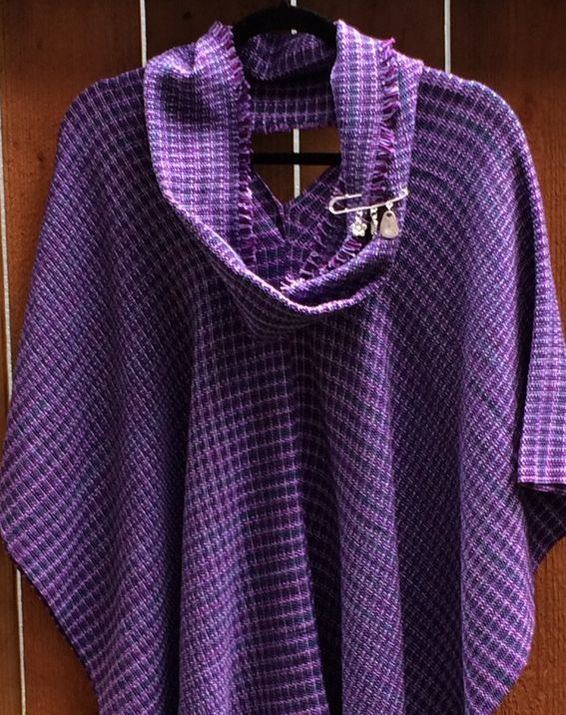 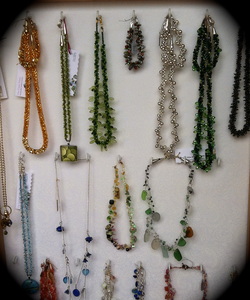 Artist's Statement  I have always followed the meandering path my life has taken with little thought to the outcome. In my twenties, that path took me to some dead ends and forks in the road.   I chose the right path -- a career in teaching that lasted 35 years. Reconnecting with and hearing from former students has shown what a good path that was.   Some paths led me to new groups of friends, and I understand I’m a person who builds community in her life to connect with people.
I moved to the San Mateo County coast in 1999, and after several foggy summers, decided I needed some kind of ‘indoor sport.’ I took up knitting, then weaving. I never thought of it as a path I was following or that it would eventually lead to a full-time passion.
After taking a knit with wire class, I began exploring beading, and a new passion (or obsession?) was born.  After retiring, I followed my new path as a jewelry and textile artist. I sold some of what I made, but unless I did art shows, I rarely got direct feedback on what I was making. I had spent a career in front of people, but now worked in isolation.
I invited other coastside artists to join me at a coffee shop to hear if others felt the same. Over 20 people showed up and everyone agreed to meet monthly in each other’s homes to discuss and show our artwork. That was in February, 2010, and we have had over 200 members come and go in the Colony of Coastside Artists. Once again, I built a community of like-minded people. We started Open Studios, an annual winter event, that has become a popular destination for visitors.
I am energized by the creative process and love seeing people try on and appreciate my work.  I enjoy doing unusual pieces--my head spins with new ideas as I strive to create unique pieces.
I still follow my own path.
Proudly powered by Weebly